ReadyRoll is a powerful, versatile tool for managing database development within Visual Studio. Although it had a loyal following of early adopter users, we were receiving regular feedback that new users were finding ReadyRoll difficult to set up. 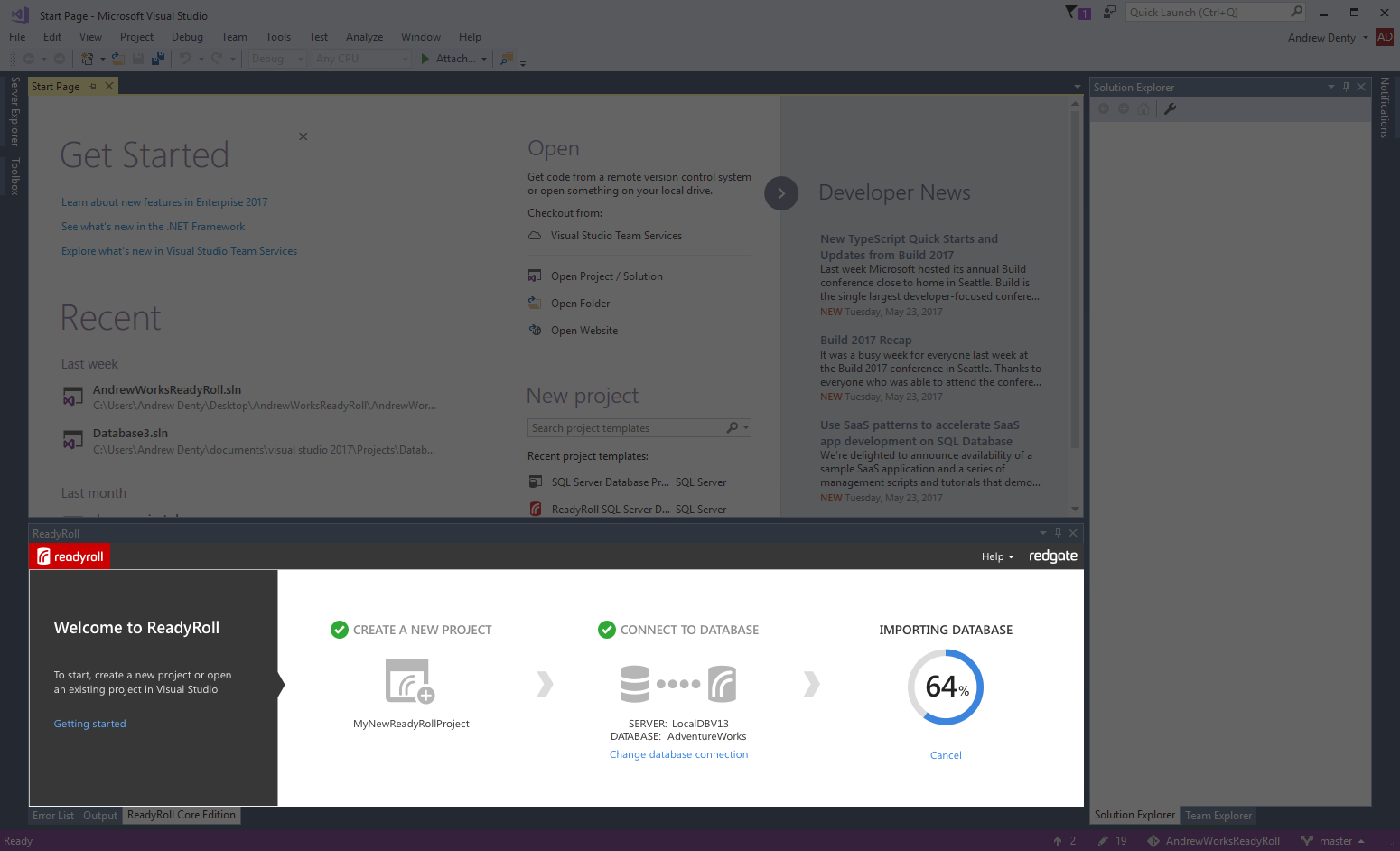 Feedback and usability research consistently showed that new users were struggling to set up ReadyRoll.

In order to quickly identify areas for improvement, I ran a heuristic analysis session to identify the most obvious problems with the usability of ReadyRoll’s set-up process. I conducted the session with wide group of Redgate employees (many of whom were not familiar with ReadyRoll). The session identified a large number of issues, which I mapped and grouped to highlight the areas that most would benefit from redesign. 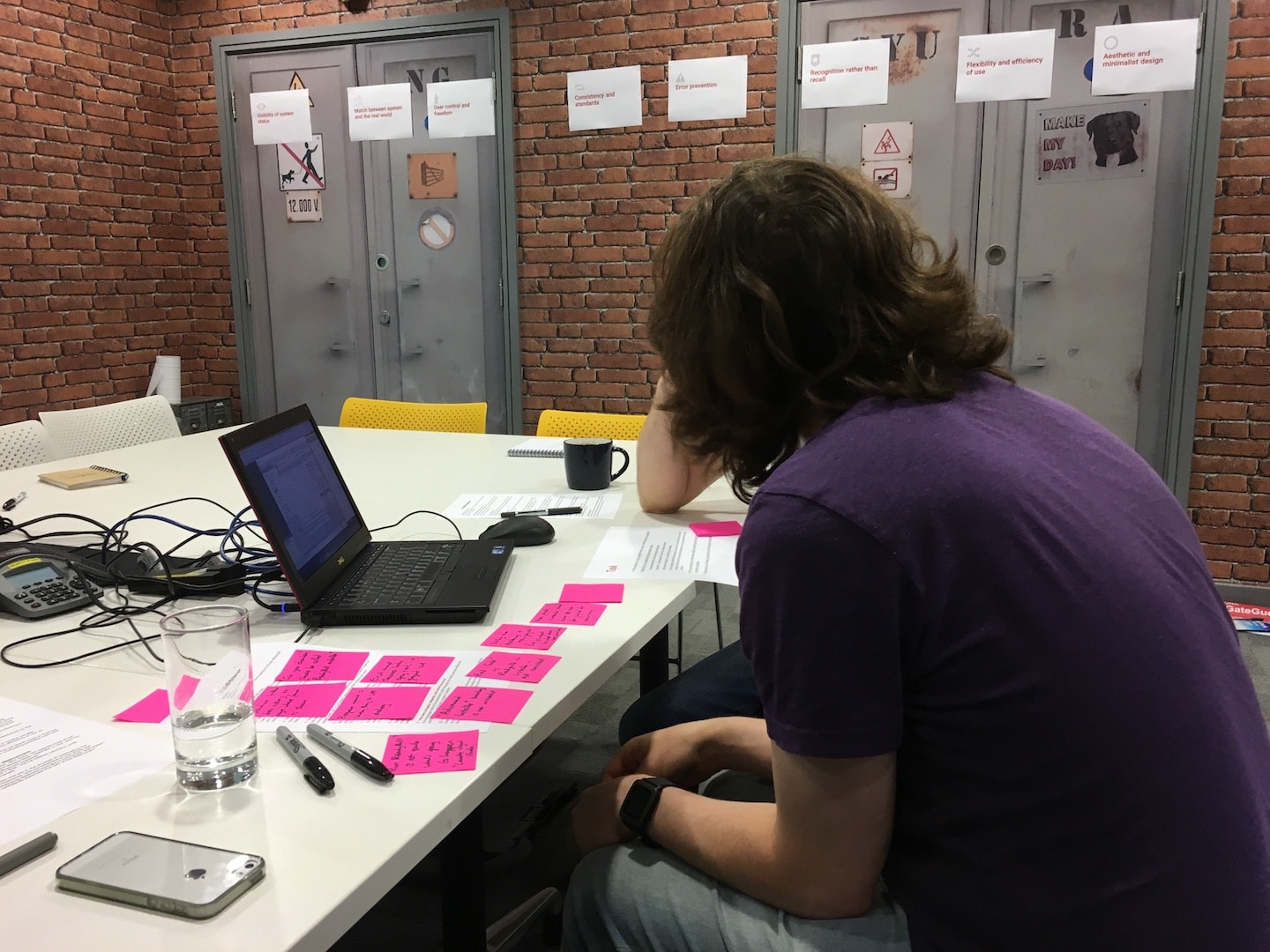 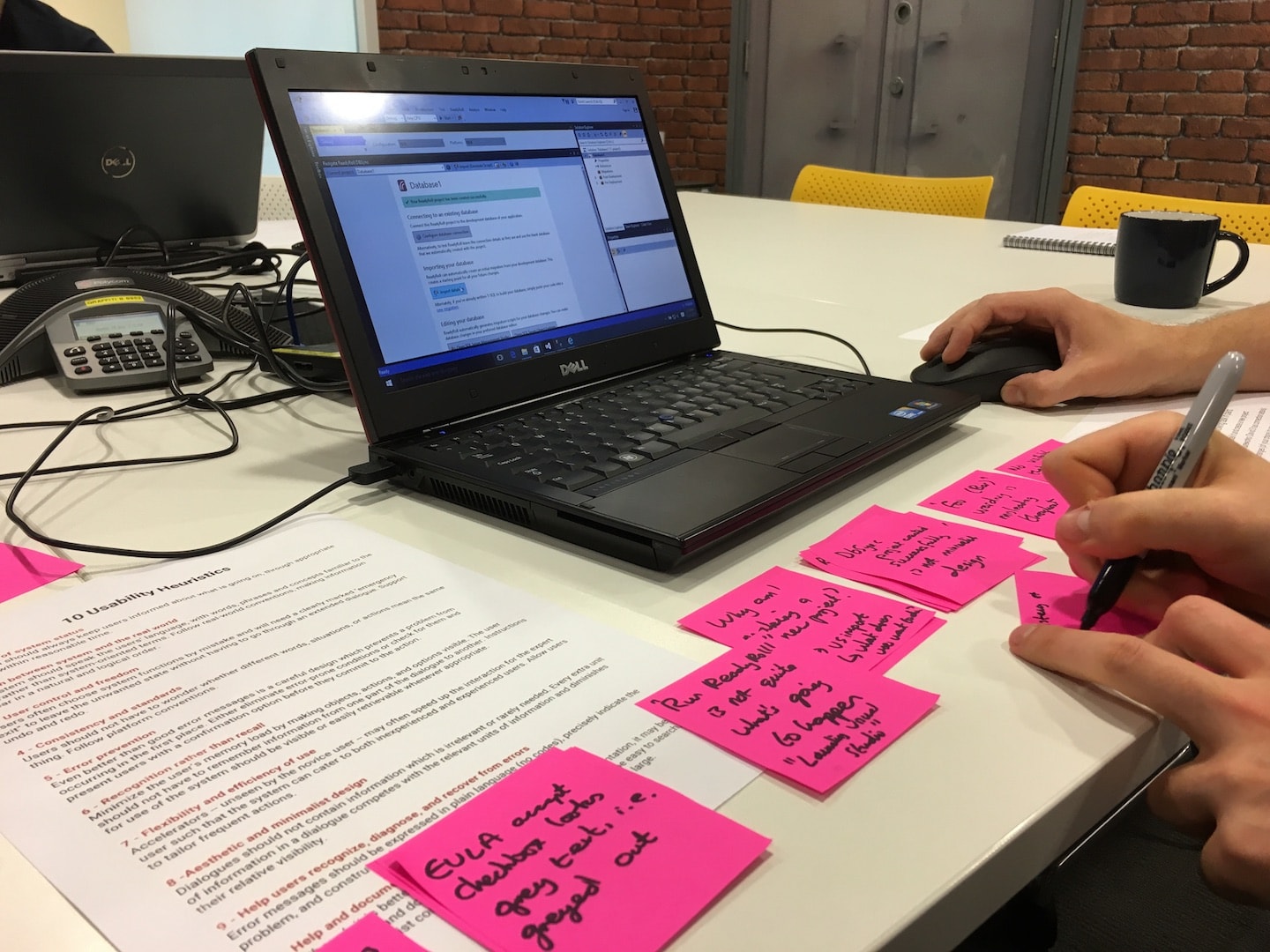 A key problem identified in the heuristic analysis was that although it was possible to set up ReadyRoll (after reading the documentation), there was no clear guidance of which tasks a user needs to complete to successfully set up ReadyRoll.

In order to begin designing an improved experience, I mapped out the tasks which need to be completed in order to set up ReadyRoll, and used this to sketch ideas for how we could improve the set-up process.

I developed these sketches into low fidelity mock-ups which were shared internally, and refined, before scheduling usability sessions. For the usability sessions I built interactive mock-ups using Sketch and Invision. I tested these on existing users and potential new users. Throughout this process the designs evolved and iterated several times before reaching a point where we were happy to start building them. 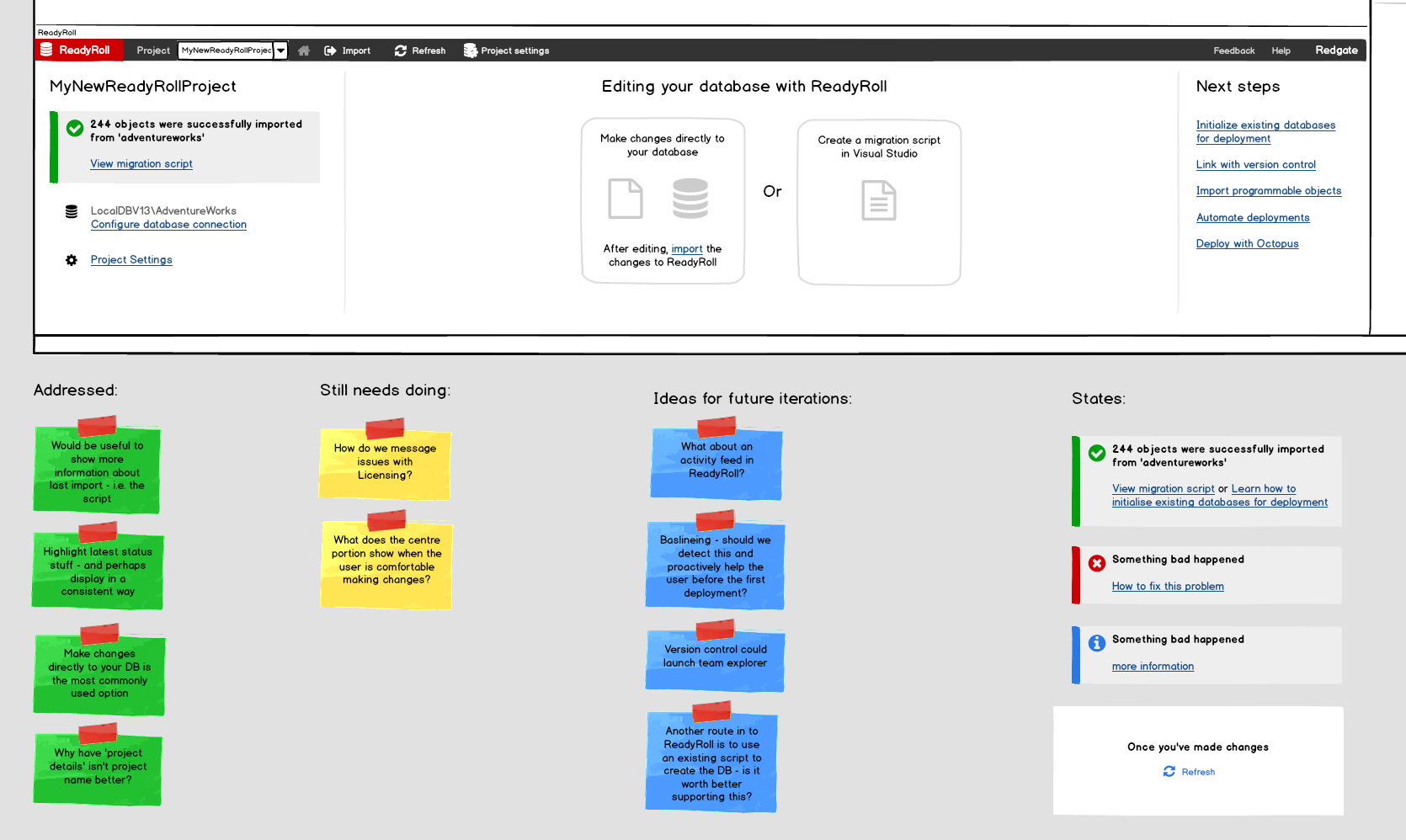 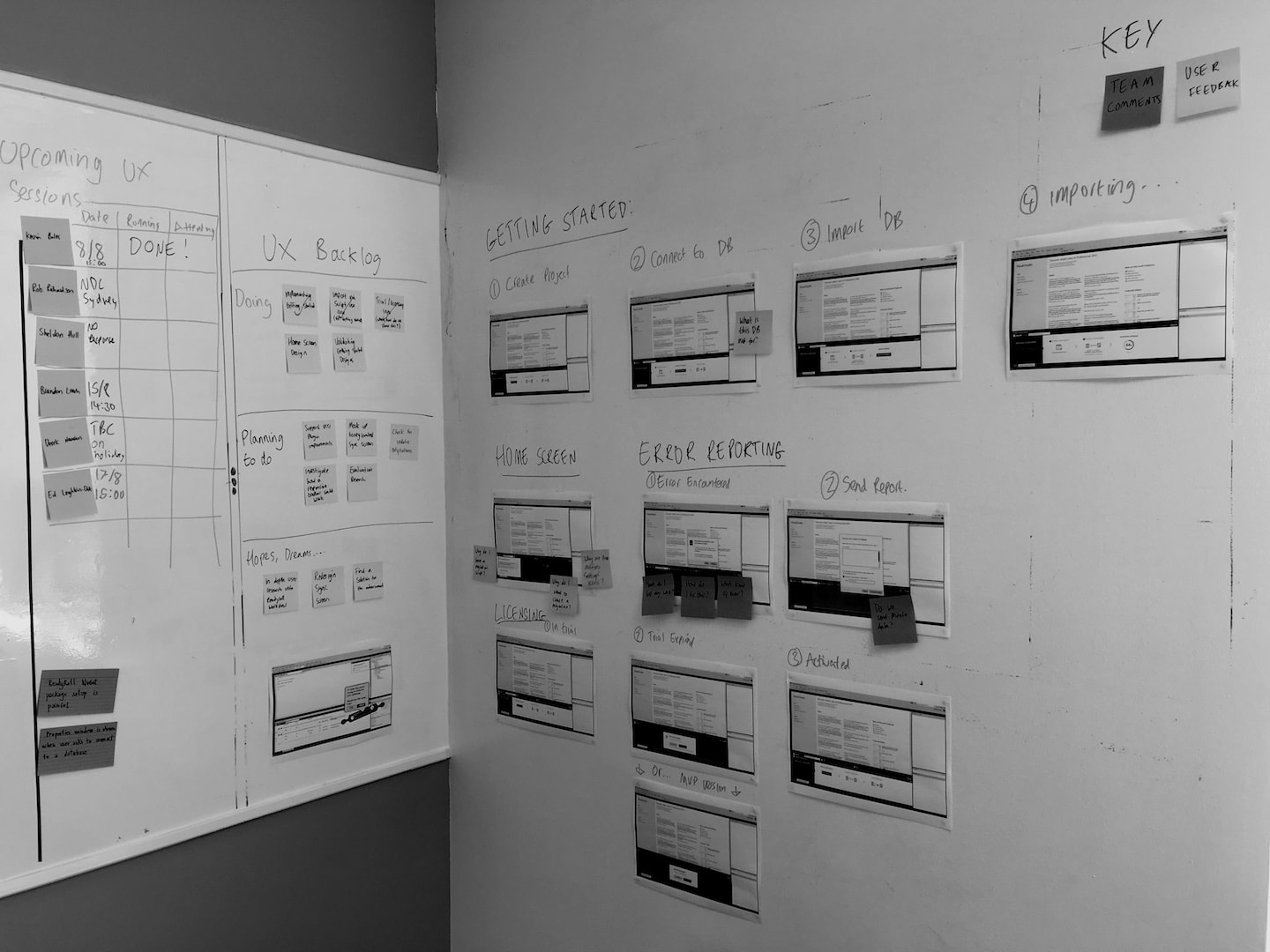 The resulting design simplified the set-up process into three simple steps which guide users through creating a new project, connecting to a source database and then running an initial import. This process appeared to increase the speed at which users completed the set up task.

After we released this feature to users, we saw a significant improvement in the number of users who successfully set up ReadyRoll.