Redgate in the box with Visual Studio

In 2017 Redgate partnered with Microsoft to ship three Redgate products with Visual Studio. The aim was to expand Visual Studio’s database development functionality and widen Redgate’s reach. My job was to design a joined-up Redgate experience within Visual Studio. 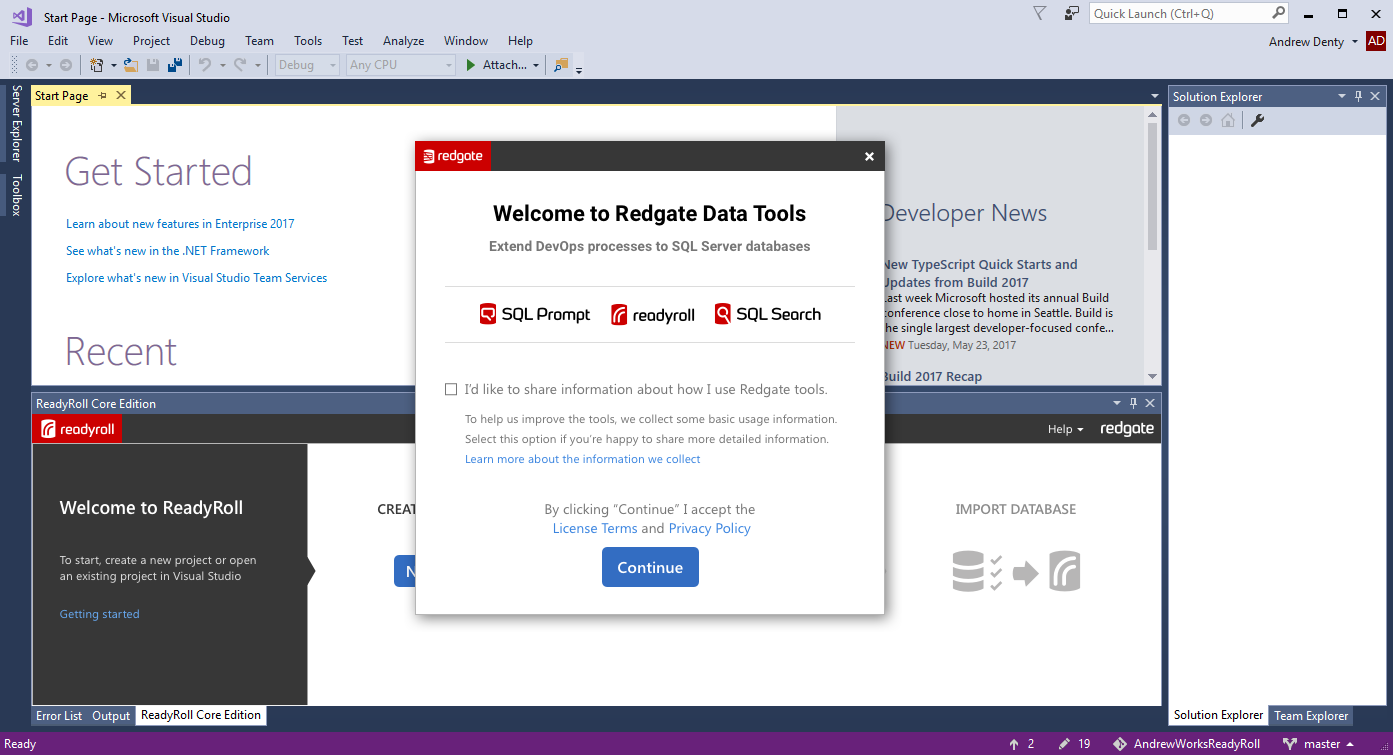 I designed a joined-up Redgate experience within Visual Studio. This consisted of:

Diverse UIs in a constrained environment

The various Redgate products within Visual Studio have differing postures. For example, SQL Prompt has no dedicated UI, whereas ReadyRoll is predominantly confined to a single docked window.

This presented a significant challenge when designing persistent interfaces to encourage new users to log in, update, or manage their licences. An obvious workaround would have been to use modal dialogs, however this would impede new users from using Visual Studio, or Redgate’s products. Therefore, I opted to design unique experiences for each tool which were sympathetic to the tasks users were likely to be undertaking. 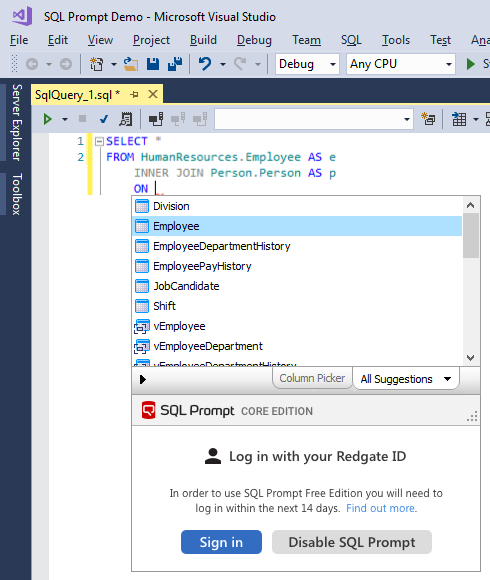 The different approaches taken to encourage new users to log in to SQL Prompt and ReadyRoll. ReadyRoll uses a blue notification bar, whereas SQL Prompt has an inline banner attached to its code completion widget.

In order to ensure we were providing the best on-boarding experience for our new users, we ran in-product multivariate tests. All three designs below allow users to accept the license terms and conditions, however the variant on the left dynamically updates to demonstrate SQL Prompt’s functionality to new users. The variant on the right was designed to take a simpler approach using a product and support Visual Studio’s themes functionality.

Due to the sensitive nature of this project, external usability testing could only begin after the initial Release Candidate. As a proxy, I conducted several, lightweight internal usability sessions and sought extensive feedback from other User Experience Designers at Redgate. I also worked closely with the development teams to ensure that any data we collected from the products would help us measure and improve usability.

Once we released, I scheduled a large number of remote usability sessions with a mix of existing Redgate users and new users who had installed Visual Studio 2017. I also attended Microsoft Build 2017 in order to conduct usability research and gather feedback about the usability of Redgate Data Tools.

At Build I piloted a technique called Extremely Rapid Usability Testing. This involved running many short usability sessions with conference attendees. This allowed me to run a large number of sessions in a short period of time and reach developers with no prior experience of Redgate’s tools.

This research proved valuable as it helped identify many usability tweaks and allowed me to identify potential future features. 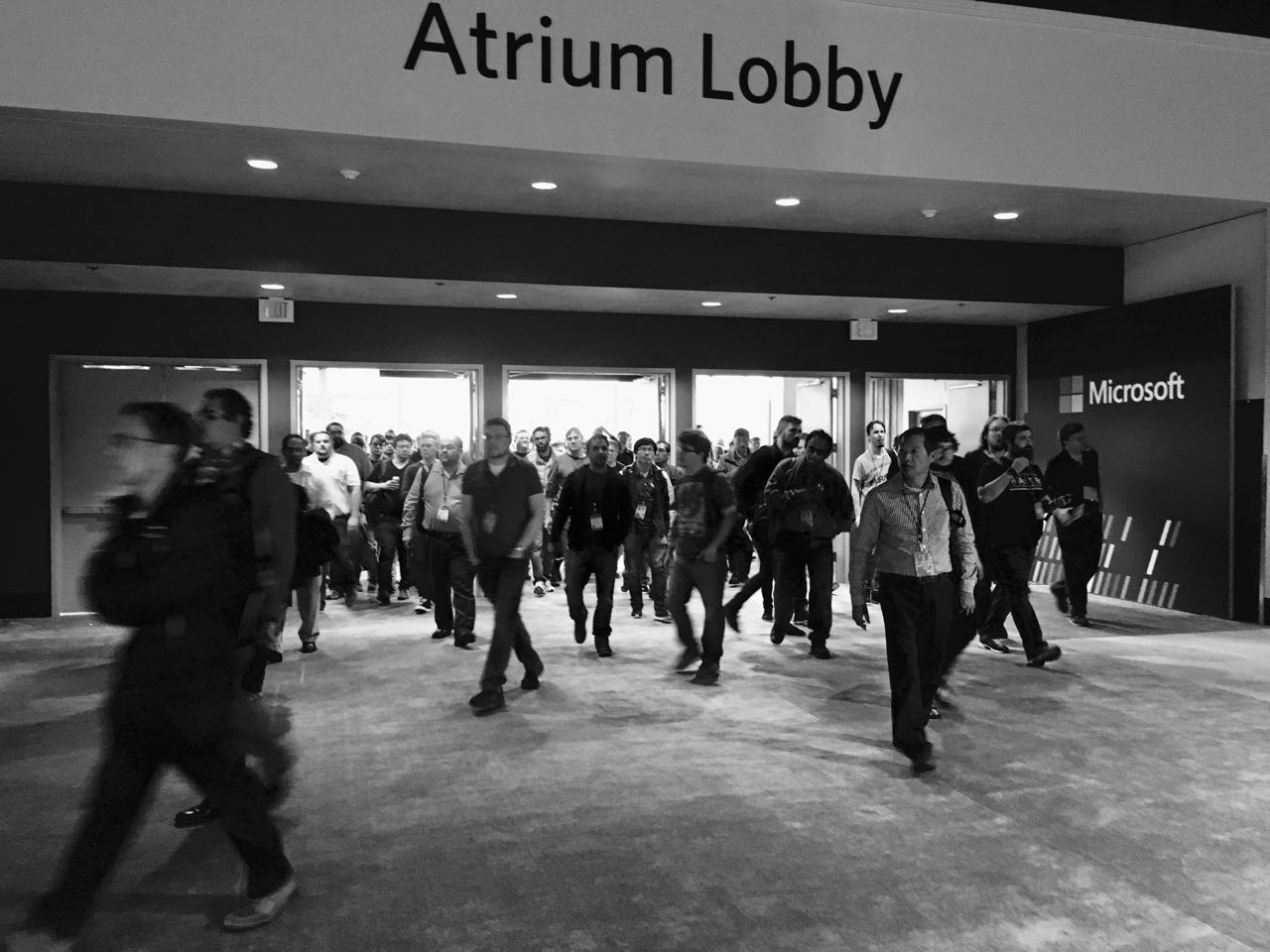 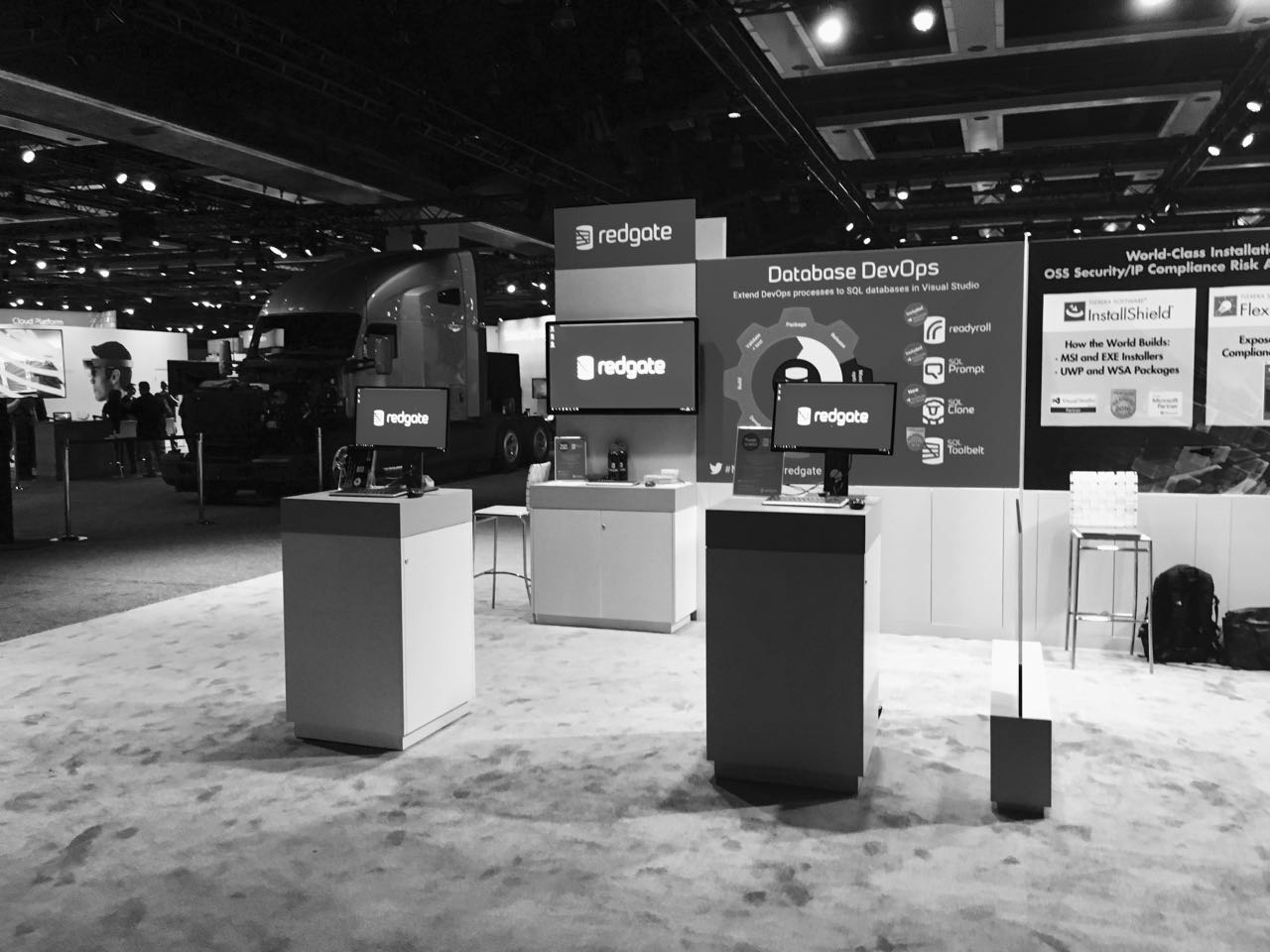